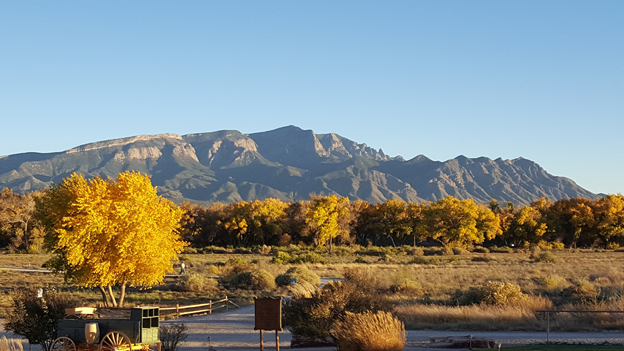 I had the pleasure of attending the 2017 IEEE Workshop on Wide Bandgap Power Devices and Applications earlier this month. Over the past year, Semiprobe has seen a dramatic increase in the number of customers inquiring about and ordering probe stations for high voltage and high current applications. When we learned that Sandia was hosting this year’s workshop, and was looking for sponsors, we jumped at the chance to help, with the hopes of learning more about where this industry is headed.

The workshop was held at the Hyatt Regency Tamaya Resort, just North of Albuquerque, NM.  We were surprised to learn that registration was unexpectedly high, with well over 200 attendees coming from all over the world. We set up an information desk outside of the main lecture hall and were pleasantly surprised at how many companies and Universities stopped by to talk about testing concepts for upcoming products. This is clearly a sector of the semiconductor industry that will see real growth in the coming years.

We sat in on a few of the seminars. Most were aimed at sharing the leading research on device production and characterization in this field, and were tailored to the Phd level scientist. There was a lot of attention paid to the distinguishing characteristics of devices made on SiC versus GaN substrates. To be honest, much of this was over my head, even with a masters degree in Engineering Physics. The talks focusing on applications were fascinating and were very illuminating as to the forces driving the fast pace of innovation.

Two applications surfaced repeatedly. Grid-tied energy storage and electric vehicle controls were the topics of papers, talks and dinnertime conversations. Decreasing prices and improved performance for batteries is making both industries viable. In each case, there is a requirement to regulate and invert electricity on a significant scale, with a market size that is large and growing rapidly.  I was particularly interested to hear a researcher working for a heavy equipment producer explain that electrical drive and traction systems simply have a higher performance potential than mechanical or hydraulic systems, and more and more of their highest end products are converting to electrical drives for agricultural, construction and mining equipment.

Batteries and photovoltaic panels have already seen their products commoditized as the market has grown.    Automotive level quality and reliability is a prerequisite; the winners in the marketplace are being determined by productivity and cost.  What became clear to us is that device voltages and current levels that were only seen in R&D laboratories a few years ago are becoming commonplace in the marketplace.  We expect that the increased interest we have seen in high power probe stations over the past year will only increase for the foreseeable future.