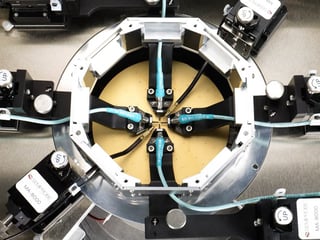 What is a thermal shock chamber?

For the remainder of the article, I’ll be refferring to the thermal shock chamber as an LEC.

Testing at elevated temperatures ambient to 200 C is often much easier in comparison to testing from -60 C to 200 C. Testing at lower temperatures requires a thermal chuck that has a cooling source – a refrigerant, nitorgen or clean dry air (CDA). The LEC needs to be sealed up to prevent ambient air from entering the chamber. To aid in preventing the device under test from frosting, a certain amount of CDA or nitrogen is pumped into the chamber to generate a positive pressure. The amount of CDA or nitrogen is regulated and the flow can be increased or decreased when required.

A chambered system with a thermal chuck providing cold and hot probing capabilities adds quite a bit of cost to the probe system. In most cases they have to be ordered with the probe system.

For more information on thermal shock chambers and LEC's, request a discovery call and someone from the SemiProbe team will be in touch shortly. 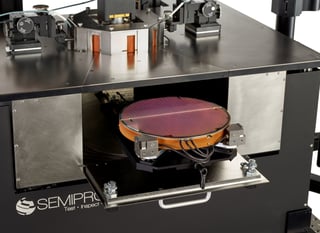