The customer wanted a semiautomatic probe system to test light emitting diodes (LEDS) in a few different modes - wafer form, wafers sawn and stretched on frames or rings, as partial wafers and as individual die. The device would be biased with a DC manipulator and the light output would be captured by an integrating sphere. The integrating sphere needed to be moved in and out of position on a repeatable basis when required. 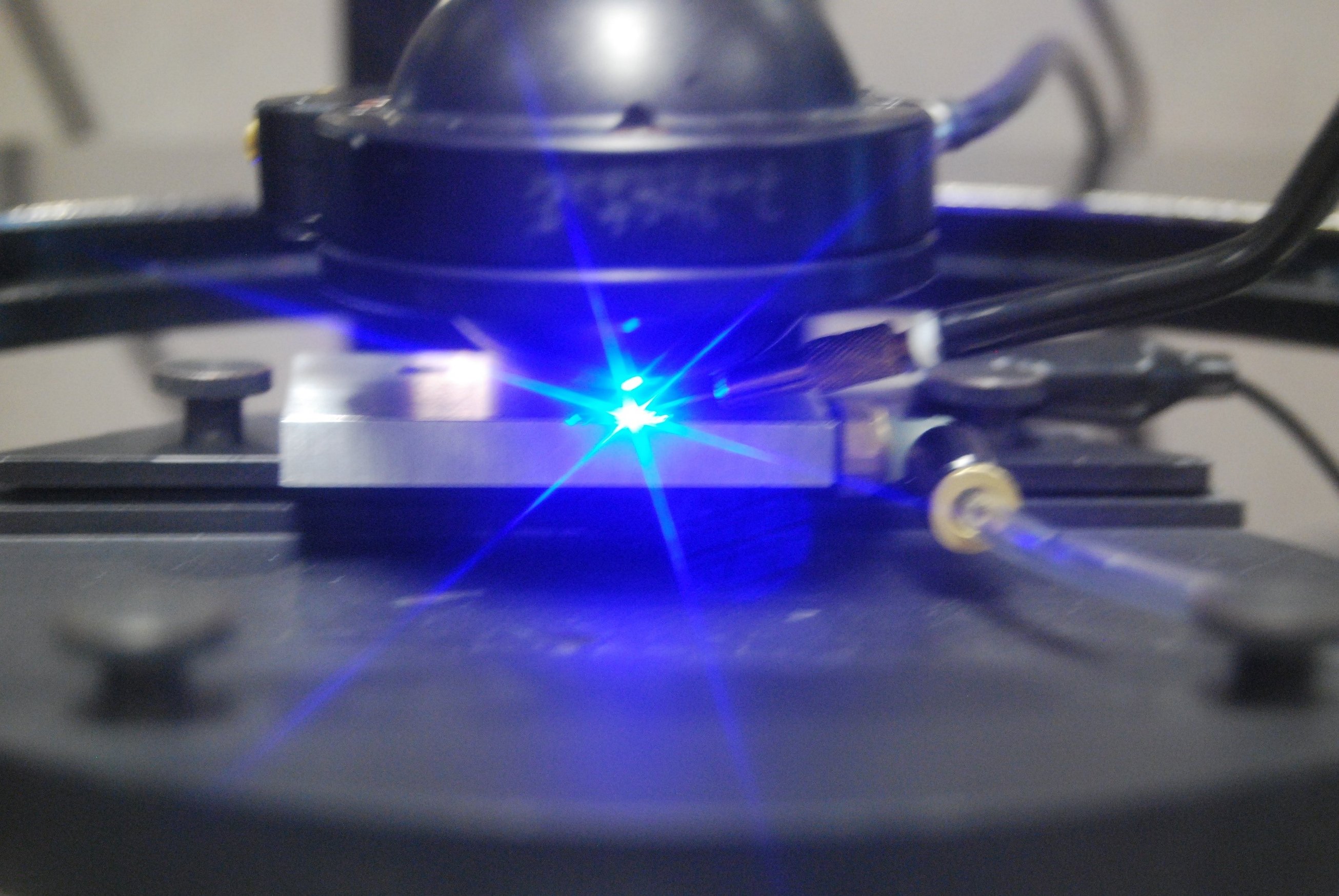