The customer wanted a turn-key probing and testing system to characterize optoelectronic devices. They needed to test whole wafers, partial wafers and individual die. They needed a semiautomatic probe system that had double-sided probing (DSP) capabilities. The device would be stimulated from the top with a probe card or individual manipulators and the backside would have a detector mounted on a programmable X,Y and Z stage to collect the light output. The environment had to be dark and the devices needed to be tested at temperatures ranging from ambient to 225 C. The customized graphical user interface (GUI) had to control the prober  and test instrumentation as well as collect the data. 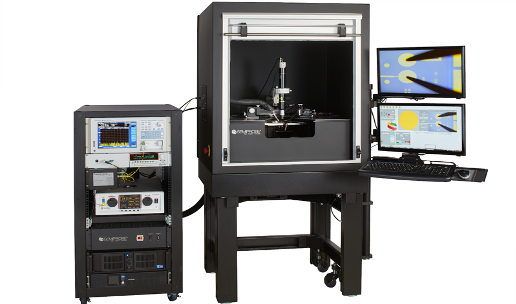 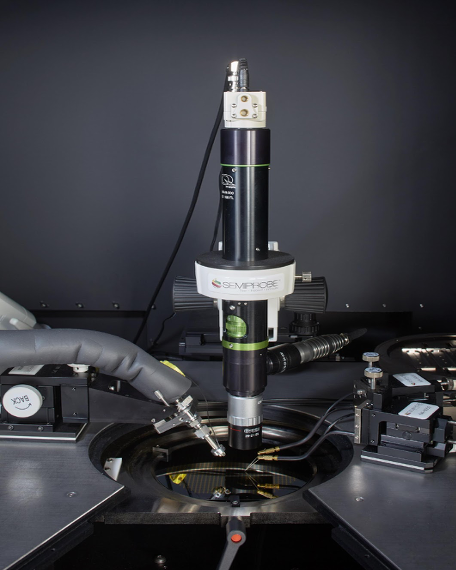 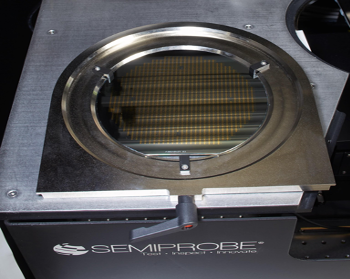 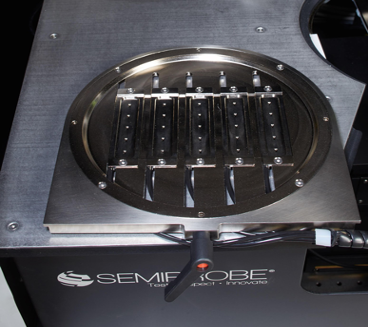 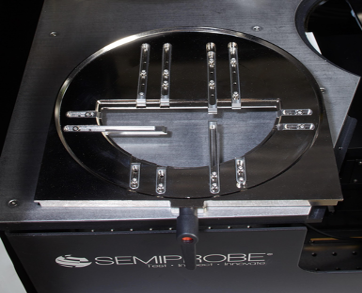